Friday, January 19, 2018
A strange object has been captured by an airplane passenger during a flight from Seattle to Las Vegas on January 11, 2018.

The photographer states: I was taking scenery pictures (aircraft left) on the mostly clear, late afternoon, although there was intermittent cloud cover below. 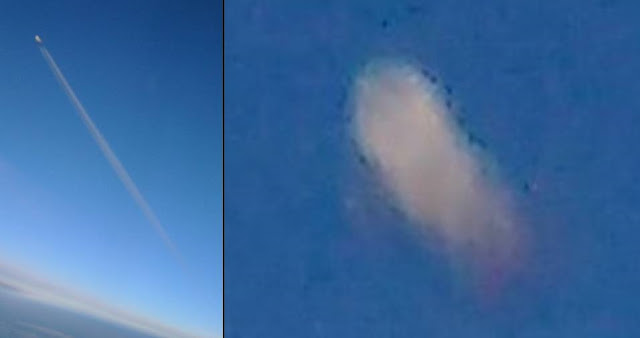 Suddenly I briefly saw an object coming our way much closer than other aircraft. I thought it had to be an airplane coming too close, but I never saw what looked like an aircraft.

My camera was already at the window so I quickly got a few pictures without focusing as there was no time. It went by and over/behind us without any time to adjust my glasses to see it plus take pictures.

I was wondering, what did I just see? I wasn't sure if maybe the object in the sky had something to do with Nellis AFB, or something from Area 51, or was it just an airplane with an optical illusion. 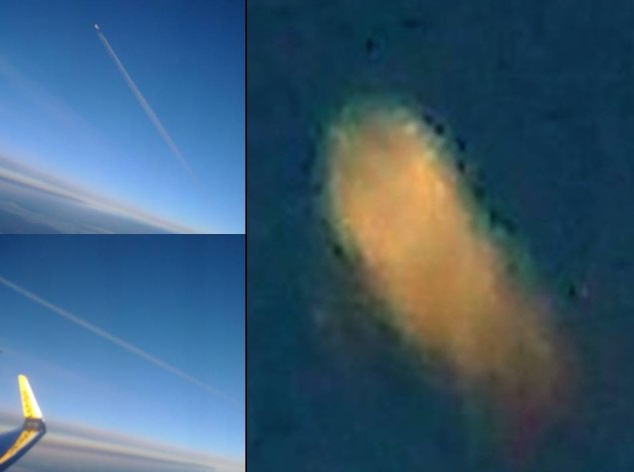 There was no comment from the cockpit and I don't know if anyone else saw it. I'm not sure if we were traveling over California or Nevada. About 20 minutes later we were going over Mt. Charleston. We touched down in Las Vegas approximately 35 minutes after seeing the object and by that time it was dark.

Upon landing, the aircraft sounded like it was shaking completely apart. The passengers commented with concern. I have traveled hundreds of thousands of miles and I have never observed an object like that before. Mufon case 89658.
2018 mufon mystery secret space program secret technology sky phenomena UFO unexplained