January 22, 2018
A Waterford witness was on his rear deck when he spotted a very strange black square-shaped object in the sky during sunset on January 20, 2018. 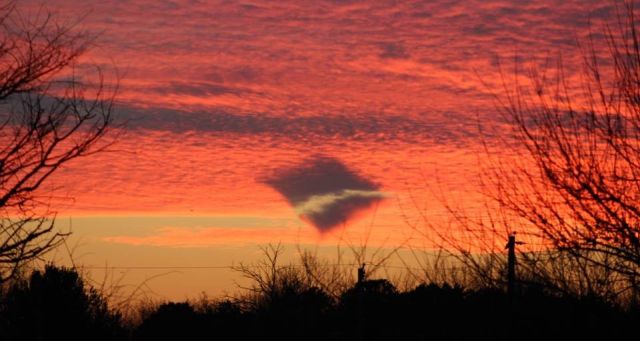 He said that he never saw anything like this in 60 years of outdoorsmanship.

The witness who captured several images of the strange object with his Cannon Digital 7-140 lens wonders whether it could be a military craft or not. Mufon case 89729. 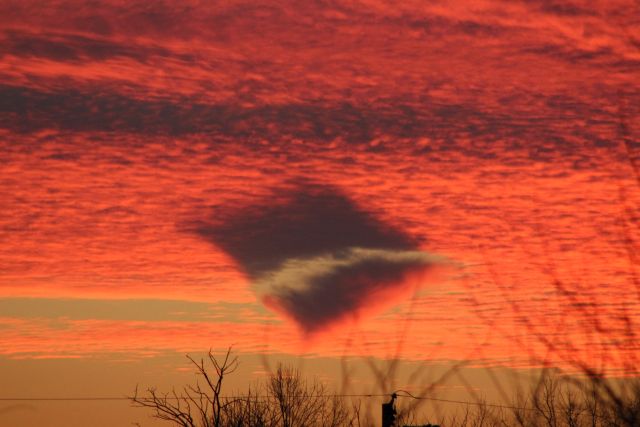 Could this object with diamond shape on edge have been a cloaked secret military craft or is it just a rare natural phenomenon? 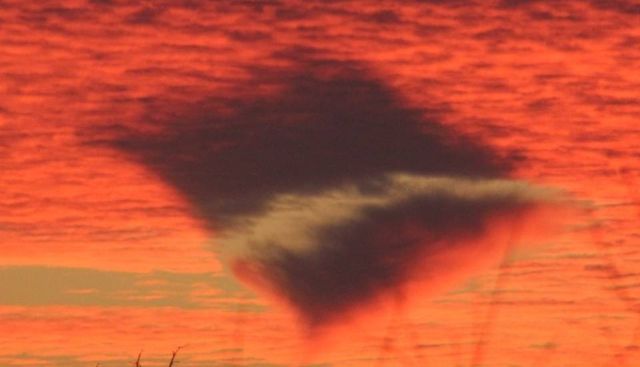