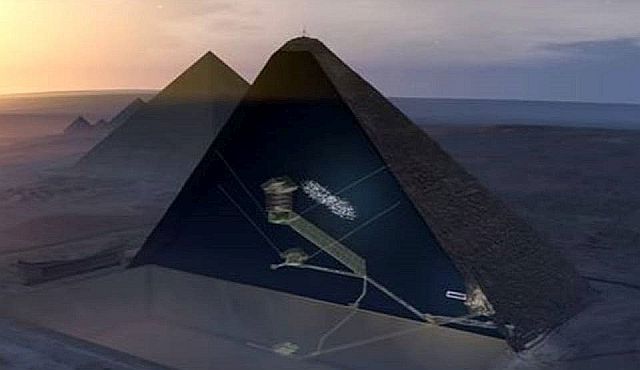 See here the article and interesting video of the Secret chamber found in the Great Pyramid of Giza.

Now, according to new analysis of ancient religious texts carved into pyramid walls around 2400 BC this mysterious chamber may hold an iron throne carved from meteorites.

These texts, it is said that the pharaoh, before reaching the stars of the north, will have to pass the ‘gates of the sky’ and sit on his ‘throne of iron’.

All credits go to Giulio Magli, Director of the Department of Mathematics and Professor of Archaeoastronomy at the Politecnico di Milano who has studied the texts.

Although it is still a theory, Magli proposes that it’s possible the throne of Pharaoh Khufu – or ‘Cheops’ – lies inside the chamber and of course the throne would not be melted iron but meteoritic iron, that is, fallen from the sky in the form of iron meteorites and again cited in the texts,” Magli says in his paper, reports RT- read more.