February 02, 2018
Laser scans reveal Maya "Megalopolis" below Guatemalan Jungle. Laser technology known as LiDAR digitally removes the forest canopy to reveal ancient ruins below, showing that Maya cities such as Tikal were much larger than ground-based research had suggested. 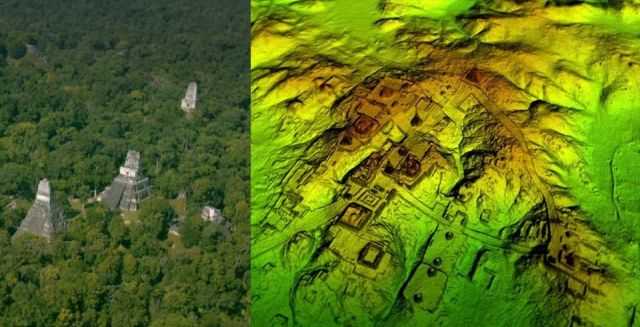 In what’s being hailed as a “major breakthrough” in Maya archaeology, researchers have identified the ruins of more than 60,000 houses, palaces, elevated highways, defensive walls, ramparts, terraces, fortresses and other human-made features that have been hidden for centuries under the jungles of northern Guatemala.

At its peak in the Maya classic period (approximately A.D. 250–900), the civilization covered an area about twice the size of medieval England, but it was far more densely populated.