March 19, 2018
A mysterious sea creature washed ashore in St. Simons Island and it has beachgoers scratching their heads.

Jeff Warren and his son were at Wolf Island National Wildlife Refuge just north of St. Simons Island in Georgia Friday when they came upon the creature on a barrier island.

Warren thought it was a dead seal, but said when he got a closer look it resembled more of the Loch Ness monster.

Warren sent the photo to News4Jax and said the creature was about 4 to 5 feet long with two fins. 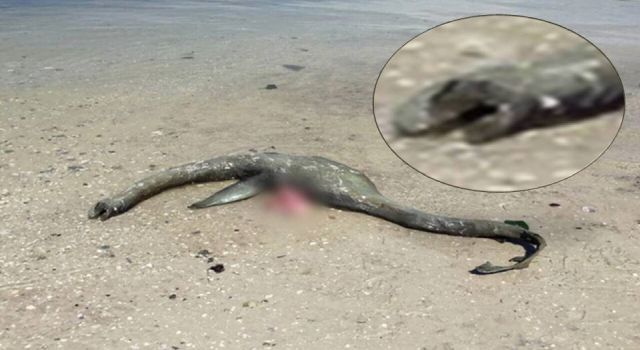 A local writer and novelist contacted News4Jax saying he believes the mysterious sea creature looks exactly like the legendary Altamaha-ha, a river monster of the Altamaha River located just west of Wolf Island and could be a survivor of the Mesozoic Era.