UFO caught on video falling to the ground during Somerset storm, UK

April 25, 2018
A mysterious falling object has been filmed during a storm in Bridgewater Somerset County, UK on April 21, 2018.

The storms hit Somerset on Saturday afternoon and Megan Taylor caught some dramatic footage of lightning in the skies above the town, reports somersetcountygazette. 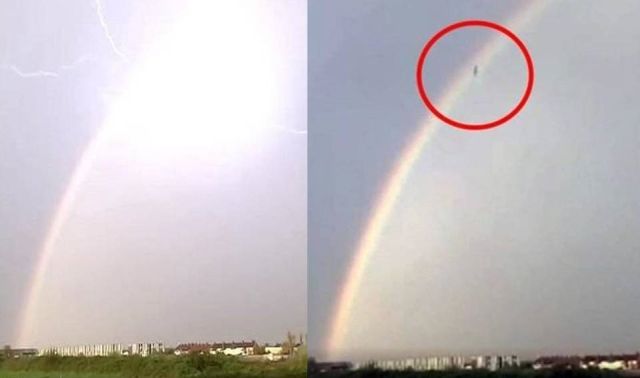 But besides the lightning she also captured an unidentified black object falling from the sky just after a lightning strike.

Speaking to MailOnline, Nigel Watson, author the Haynes UFO Investigation Manual, said: 'The video does make it look like this is something solid falling from the sky, like one of the Martian cylinders in The War of the Worlds.