April 25, 2018
A pilot flying a routine daytime flight from Las Vegas to Boise had a close encounter with a UFO over area 51 /Nevada Desert. 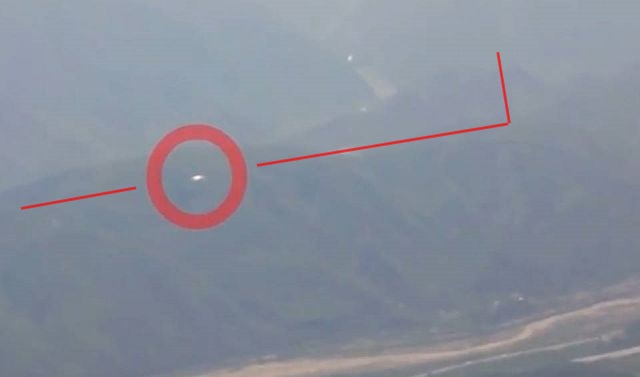 They were cruising at altitude when the pilot abruptly descended.

At this point two objects were observed tracking the aircraft and maneuvering with impossible speed and agility.

The footage filmed by a crew member shows and follows one UFO till the moment it flies straight upwards and disappears.