Weird Beams and Glitches in the Sky

April 12, 2018
A highly unusually beam of light that seemly shoots from the sun has been photographed. 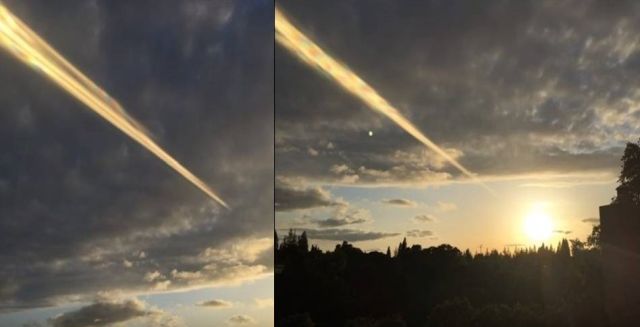 It seems the beam is not a lens flare or camera defect as one image shows a blue dot below the beam of the light which is the actual lens flare.

Another unexplained phenomenon has been filmed showing a rare glitch in the sky. At the moment the glitch appears the camera registered a very strange distorted picture from the sky which can be seen in the video.