on May 17, 2018
For weeks concerned residents of Anderson Township have heard and seen explosions and flashes that are not from fireworks, sonic booms, or other sources. 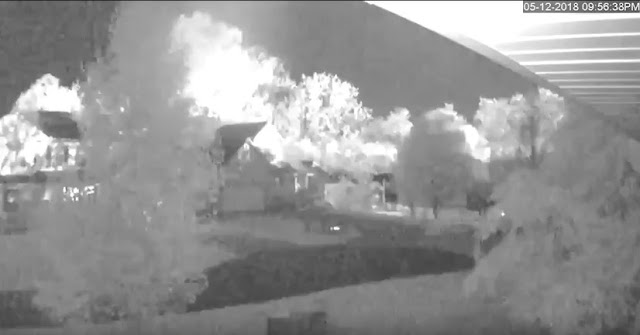 On April 21 multiple callers reported a loud boom, according to communications center records and on may 12 it happened again. Steve Hart captured one such blast on his security cams.

The sounds are "true booms, they sound like a powerful explosion and it's unlike anything I've ever seen or felt before and I've been very up close with the WEBN Fireworks many times” Anderson Township resident Kimberly Kempke said to Cincinnati.news.

It appears as though both times the loud booms were heard on a Saturday evening approximately one month apart, but the source of the flashes and booms remain a mystery.