Saturday, May 12, 2018
A skywatcher from Aztec New Mexico observed the constellation Canes Venatici by using his telescope when he captured an amazing red glowing object that travelled an enormous distance in space in just three minutes. 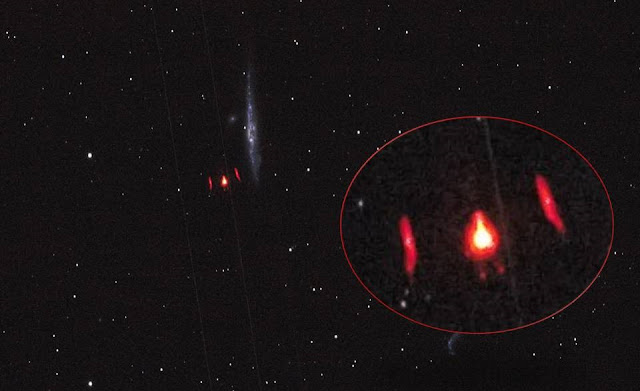 The skywatcher states: On May 8, 2018 I was in my backyard doing astrophotography. My subjects that night were a pair of galaxies in the spring sky, NGC4631 and NGC4656 in the constellation Canes Venatici.

My equipment was a 103mm apochromatic refractor and a Canon EOS 6d DSLR.XX I was shooting 3 minute sub frames at the time. The object appeared on one of my subframes as it crossed thru the field of view.

My first impression was that it was some satellite or high flying aircraft. One of my submitted photos shows how far the object moved across the frame during this particular 3 minute exposure. 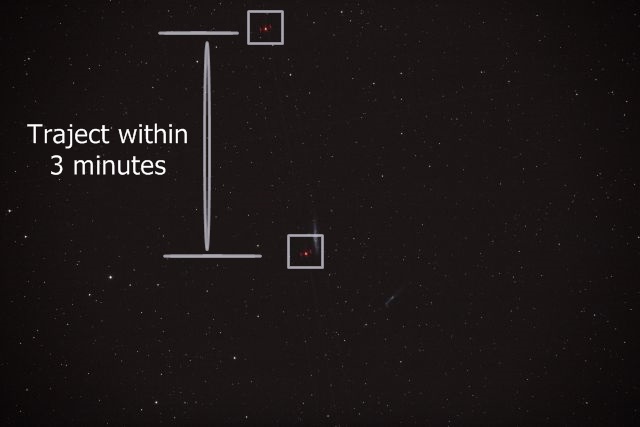 I just continued shooting more 3 minute frames of the galaxy field with the intention of deleting this frame from my total set of 15 frames to be stacked later for the final picture. 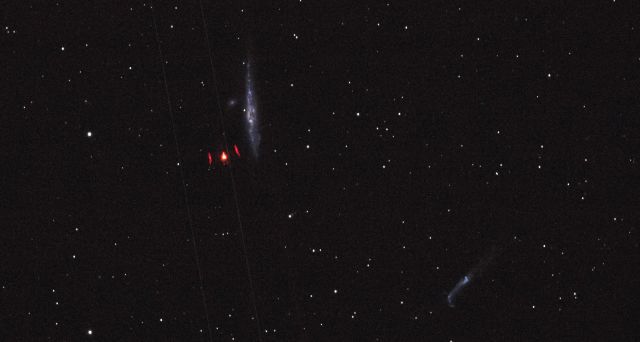 The object never appeared in any of my other frames and I did not see anything like it again that night.

The dimensions of the galaxy the object flew by ( NGC4631 ) is approx. 10' x 1.5' of arc. So, the object would have been quite small. Its astronomical magnitude was estimated at 8.0 - Mufon case 91964.
2018 aliens deep space UFO extraterrestrials mufon UFO