Sunday, June 17, 2018
a monstrous-looking creature of some kind lunging at a man's dog. the footage was allegedly shot somewhere in the United States. Who filmed the video and where, specifically, took place remain a mystery. 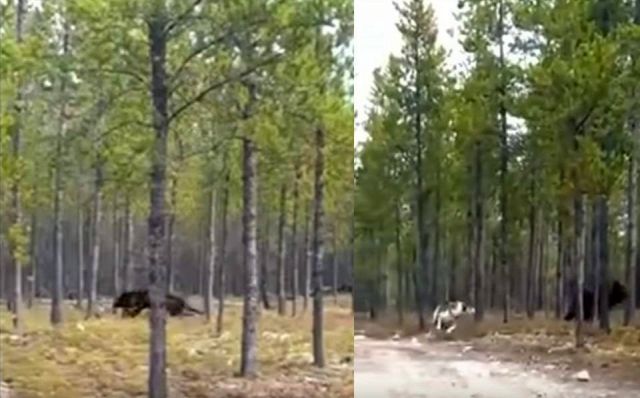 Despite the lack of clarity surrounding the origin of the footage, what is shows is pretty remarkable. In the video, a dog can be heard barking in the background as the camera focuses on a dark mass among some trees. Suddenly, the anomaly springs up from the ground and is revealed to be an enormous animal. And, making matters all the more unsettling, the creature is headed straight for the dog that disturbed it.

The two animals briefly keep their distance from each other until the encounter culminates with a confrontation.The man's shouting and the dog's yelping seem to suggest that things did not go well for his pet when it met the beast, but fortunately that moment is not featured on the video, reports coasttocoast.am.