UFO Caught Sucking Water From A Lake In Sweden 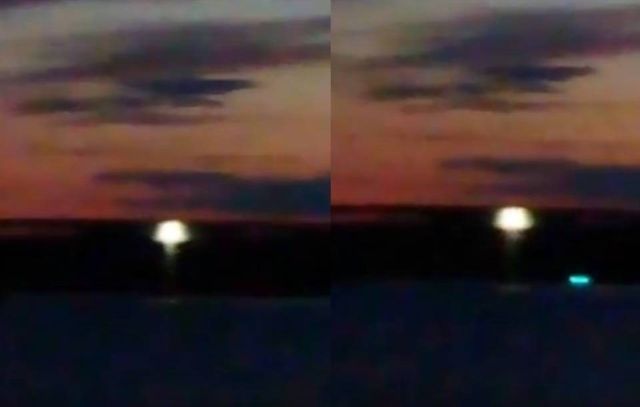 Misha who has filmed the object, for about 7 minutes before it disappeared, said the object made no noise and it looked like it sucked water from the lake.

The shortened footage shows a bright light above the lake, a reflection of the light is seen on the water, as well as a strange blue object. A bridge is visible in the background.

Carina Lindqvist who put the video on her channel says “My friend Misha is convinced he has filmed a UFO.”