August 30, 2018
On July 11, 2018 a resident of Huron, Ohio captured a strange large cone shaped metal looking object with two triangular bright lights came out of it over Lake Erie before it all disappeared. 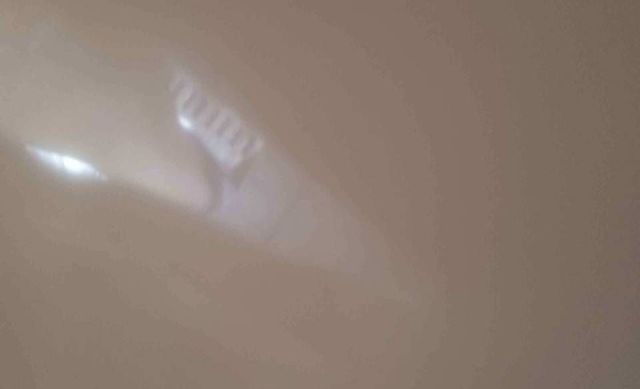 The witness states: I live on a golf course on Lake Erie approximately one quarter mile from the water.

I was out on my patio early evening and looking up the sky and noticed that there were no clouds in the sky, just overcast.

I saw this strange looking grayish vapor like cloud that almost looked like a short jet stream. 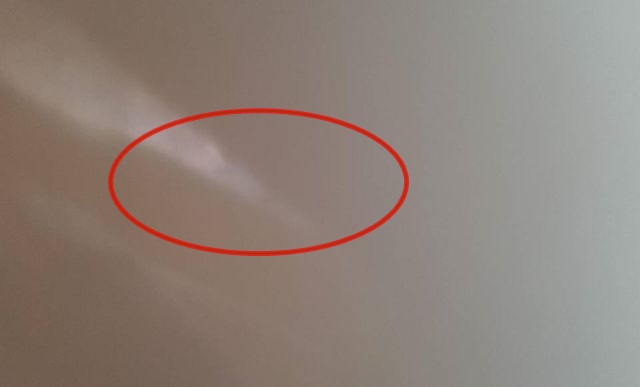 There were no planes in the air at that time and the altitude was somewhat low. It appeared to me that it was out over the lake.

I used my phone and took a picture of the cloud and then I took two more within 5 or 6 seconds after that, then the cloud and all objects were gone. 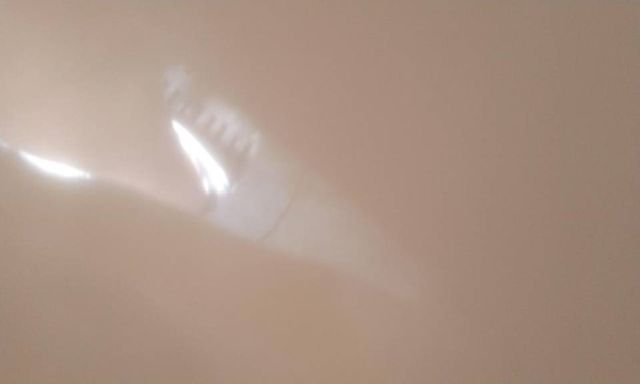 When I looked at the pictures which I have attached this is what I saw. I am the type of person who has to see it to believe it and I can assure you that this was not photoshopped or faked in any way I'm a very skeptical person anyhow this one has me. Your thoughts?

The photographer has submitted the images to Mufon case 94503.