September 28, 2018
Denver International Airport has displayed a new advertising campaign revolving around both their new construction site and the conspiracy theories that have hovered around the idea that there is more happening at this airport than meets the eye. 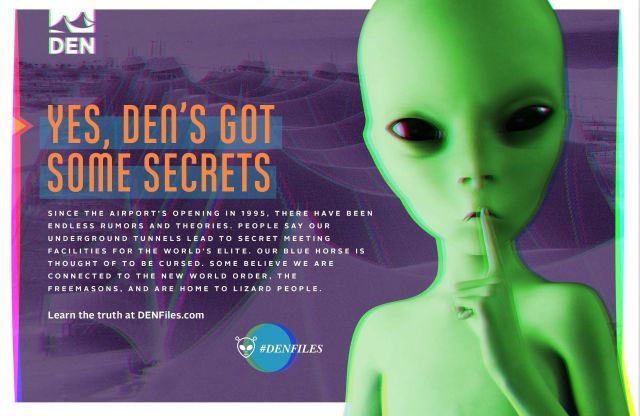 On Sept 4th 2018, Denver International Airport (DIA) tweeted something that is either a genius marketing ploy or a ‘hidden in plain sight’ scenario. 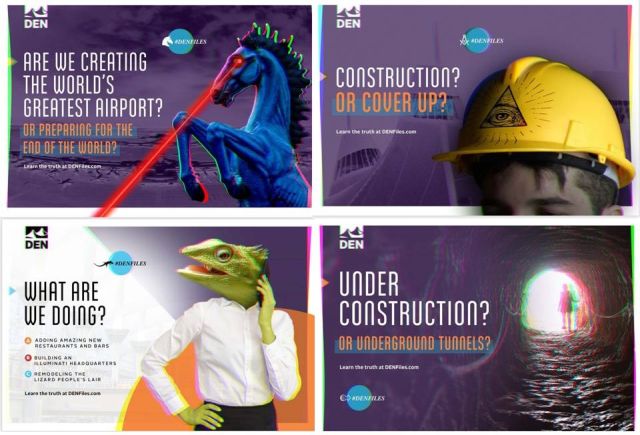 DIA is known for its creepy murals and a demonic blue horse statue which stands at the front of the airport as well as a statue of Anubis.

Inside the airport there are weird murals and statues that refer to a one-world government, yet a stone with a cryptic description and underneath the stone a time capsule which is to be opened by 'the people of Colorado' in 2094. 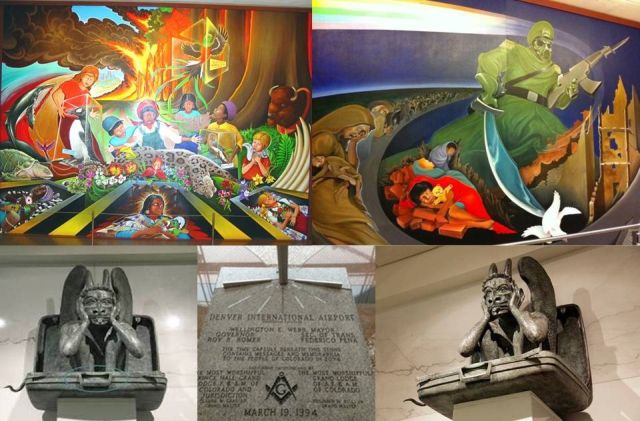 Furthermore, it is said, there is an underground area beneath the airport which is not accessible to the public.

Most of the underground areas are not being used, dead baggage equipment, long highways, and many chain link fences and locked up fences.

This underground area is just the first level that leads to secret lower levels - there are five secret underground buildings with a depth of from 75 to 120 feet on each one, all with interconnecting tunnels to each other and with 2.50 to 3.00 mile long and 16 feet wide.

Hiding things in plain sight is a great way to get things swept under the rug and avoided. Could this be the tactic being taken by DIA?