Something is happening above the moon (Raw footage)

on October 21, 2018
A professional photographer using his Nicon camera with a 3000mm lens recorded on October 18, 2018 the moon as well as unusual activity above and near the moon. 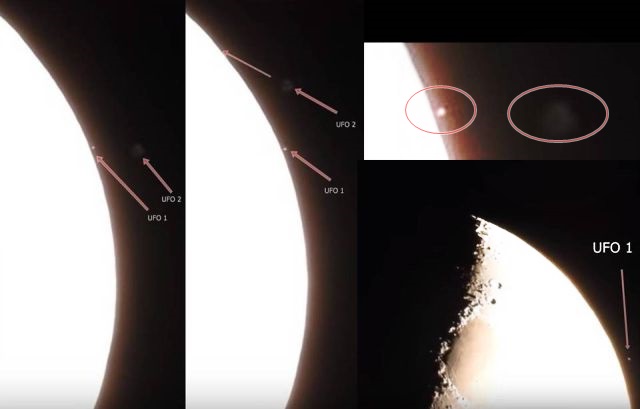 The video shows a UFO next to the moon. then a second circular UFO becomes visible.

Next a third UFO approaches and flies upwards until it disappears behind the moon.

In the meantime till the end of the video the first UFO remains in the same position.

The footage below is the raw version of the moon event and submitted to Mufon.