Something is kept hidden in the Nevada Desert

October 16, 2018
A person from Battle Mountain, Nevada was scanning earth for artifacts after reading about an old crash story when he saw an unnatural looking triangle in the Nevada desert. 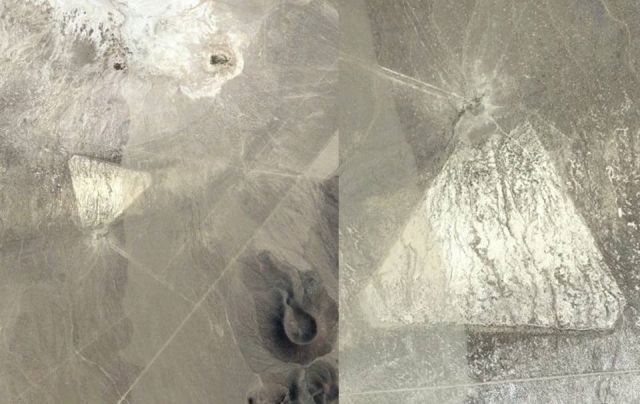 Below his statement which he has submitted to Mufon case 95617.

After realizing after a month of research it can’t be, I became scared.

The only American I reached was Kristen Desilva ( He probably refers to Desilva who works as a content producer at Fox5-Vegas). She then suggested George Knapp. He never responded and next day Desilva had blocked me. 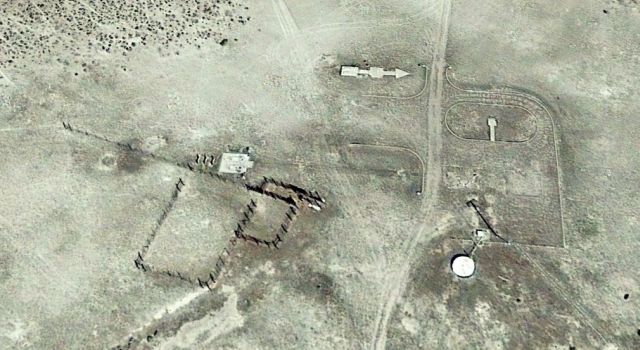 The object shows water drainage proving it is proud of the landscape. Water drains around it and across it. Soil looks to have come from lakebed. Explaining lack of vegetation due to salt content.

Three phase power line to site is way too much power for a mini ranch not to mention expensive to install.

Object is visible in the very first Google map from us geological survey sight proving it existed pre satellite maps.

Everything points to being the crash site of the ELY sighting.

I think my communications are being blocked.

My belief is Area 51 is far away as a slight of hand to prevent expanded searching.

The lack of security here is to serve as to not draw attention, or maybe this is just a weird large equilateral triangle in sand, but it has no fence around it and who builds a triangular 1069 meter triangle, before it could be seen from above!

All attempts to pass this on have failed. 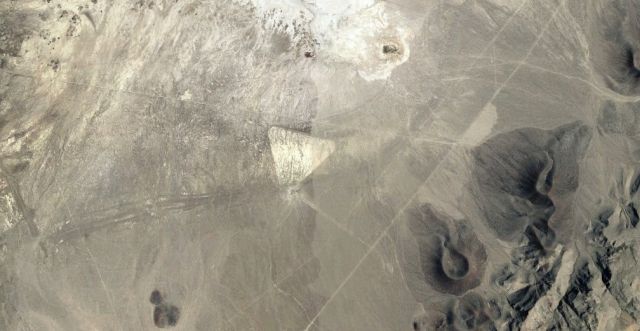 He says that everything points to being the crash site of the ELY sighting.

Nearly six decades ago, it is claimed a UFO crashed near ELY. That's nearly the whole story. You'll find a date: August 14, 1952 and 16 bodies recovered.

The microfilm on the Ely Times from August of 1952 in three different libraries with the same result but the issue from August 15th, when any such event would have been reported, is missing.

The distance between ELY and the supposed crash site is just 250 km. 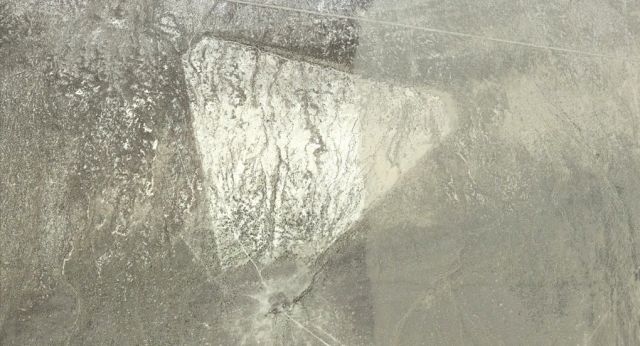 Looking at the huge triangle it looks like an old footprint left behind from the actual crashed UFO.

The fact that he got no answer from George Knap as well as Kristen Desilva blocked his account is very suspicious like they not want to be involved in a cover-up case.

Could it be that the man has found the original crash site?