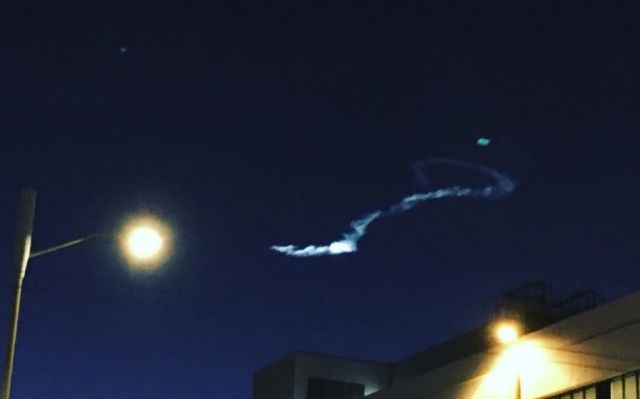 ABC7 News interviewed several witnesses of the strange phenomenon in the sky:

Dathao Becker was visiting the Bay Area from San Diego and said "I just thought it was a kind of weird formation."

"I thought somebody was trying to spell something out in the sky, but I couldn't read what it was, so, I just moved on with the rest of my night" said Aparna Sarna.

Palo Alto resident, Ransom "I saw a moving cloud, then it formed into a question mark. I don't know, maybe it's a sign."

In the next video an official from the California Academy of Sciences explains why the strange light that glowed across California Wednesday night was likely a meteor but Elizabeth Matuzak who is a big believer in UFO phenomenon told ABC7 News; "I definitely think it's a UFO."