Asteroid flying by earth accompanied by a strange looking moon

Astronomers at the giant Arecibo radar in Puerto Rico pinged the space rock as it approached. Using a pulsed beam of radio energy at 2380 MHz, they found that 2016 AZ8 has a moon. 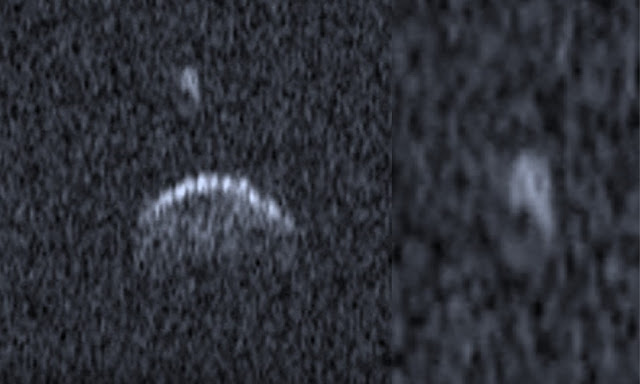 Image: It is assumed that the object above the asteroid is the small moon or is it of extraterrestrial origin?

The radar team says the primary is nearly spherical with a diameter of 430 meters, while the asteroid's moon is more elongated, like a cigar, measuring 180 meters on its long axis.

Despite that this asteroid was closer to our planet than many satellites it was discovered nine hours after the flyby by the Mt. Lemmon Survey telescope in Arizona. 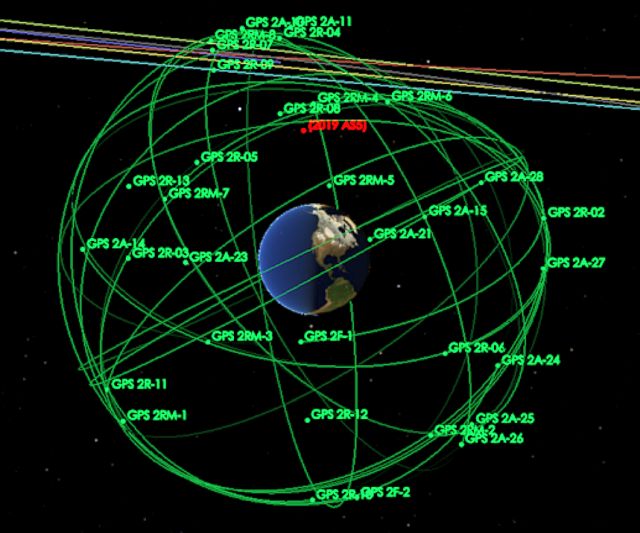 The diagram shows 2019 AS5 inside the orbits of GPS and other geosynchronous satellites.

According to SpaceWeather; if the 1 to 2 meter-wide space rock had hit Earth (and it almost did) it would have caused a brilliant fireball in the atmosphere with sonic booms and scattered meteorites on the ground--but no serious damage.