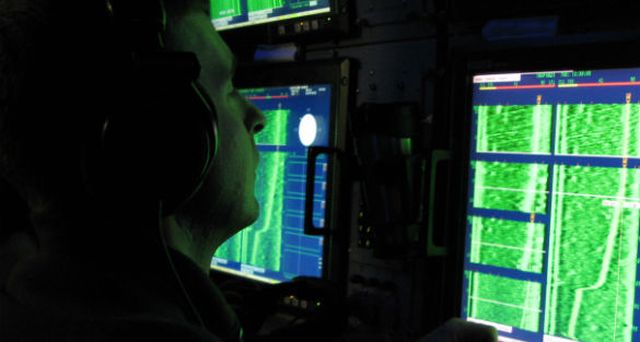 The ‘Fast Mover Program’ a secret project from the US Navy.

The Mutual UFO Network’s chief photo expert, Marc D’Antonio, says he was on a US Navy submarine when they tracked a very fast moving object in the ocean.

D’Antonio told Openmindstv he was once invited to take a ride in a nuclear submarine when the sonar operator shouted ‘fast mover, fast mover’.

When D’Antonio asked about the unknown object called ‘fast mover’ they didn't wanted to talk about that ‘program’ so they basically confirmed to D’Antonio that not only the ‘Fast Mover Program’ exists but 'USOs' too.

The above images have been taken by the USS Trepang (SSN-674), a Sturgeon-class attack submarine in 1971 showing several USOs which are the underwater equivalent to UFOs.