September 16, 2019
The video was recorded on the night of 7 September 2019 by a soldier of the Iranian Revolutionary Guard from the position of the anti-aircraft. 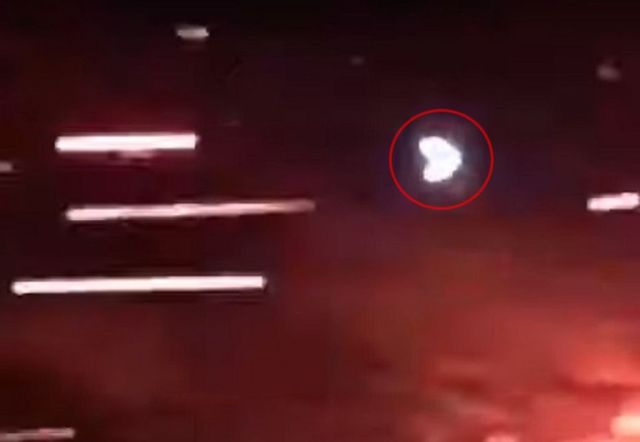 The footage shows how the anti-aircraft artillery opens fire on an unidentified aircraft in the city of Saravan which is located on the border with Pakistan, in the border area of ​​Sistan and Iranian Baluchistan.

The military believe that it was a UAV spy drone but since this bright glowing UFO moves so fast, stops mid-air, turns instantly, and immediately accelerates to hypersonic speed it is more likely that it must have been something equipped with classified technology.

Video clip of the Iranian military shooting on a UFO near the Pakistan border.

Thanks to our reader Michael; it turns out that it not was the Iranian military shooting on a UFO but over 50 machine guns struggle to shoot down an LED covered remote control airplane at the Big Sandy Night Shoot near Wikeup, Arizona on March 23rd, 2019.

Below the original footage.