Cube-shaped UFO passing the sun at an enormous speed

October 28, 2019
On October 22, 2019 NASA's solar satellite captured images of a cube-like UFO passing the sun at an enormous speed. The images were captured by the Solar Dynamics Observatory (SDO), and taken by the helioviewer website. 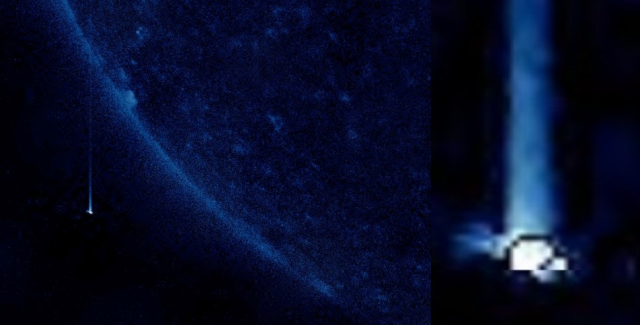 Swiss researcher Nassim Haramein is convinced that aliens are using our Sun as a gateway for interstellar travel.

He believes the alien spacecraft somehow manipulate the extreme forces and phenomena present in or around the sun into opening portals or wormholes that connect the Solar System to various other places in our universe, maybe going even further than that.

Due to the speed of the object, the video is played in slow motion.