Majestic eagle of fire appears in the sky over Soledade, Brazil

November 05, 2019
Just on Halloween 2019 Paulo Henrique Pinheiro captured an amazing sky phenomenon over Soldedade in Brazil which he posted on his Facebook page. 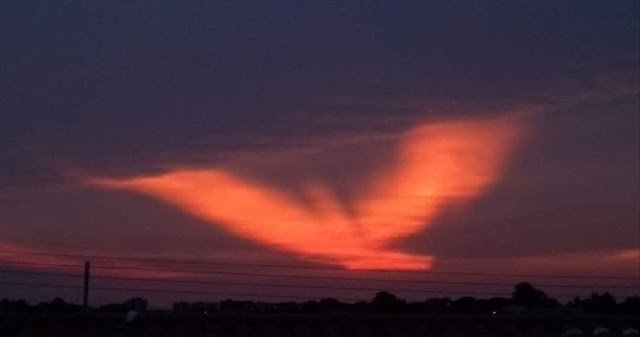 Many people witnessed the moment a huge red bird formed in the sky during sunset on which many wondered whether it was a sign of God or not.

But it's not just the strange phenomenon above Brazil, a few days ago, on October 31, 2019 a bizarre pink anomaly appeared in the sky over Tunapuna near Trinidad, see image above.


Satellite images prove that this pink anomaly was not a lenticular cloud, but a phenomenon which is not easy to explain.