November 09, 2019
No, it is not an alien but a fish with a "human-like face" which was spotted swimming in a lake by a tourist in southwestern China's Kunming on November 5, 2019. 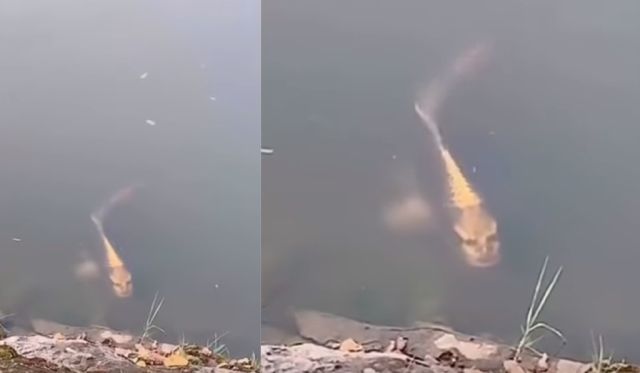 A woman says: "See the fish has become a fairy, it has a human-like face."

According to fish farmers, the fish is actually a kind of carp but how the markings on the fish originated, resemble that of a human's eyes, nose and mouth is a mystery.