Bright anomaly appears out of nowhere during SpaceX launch 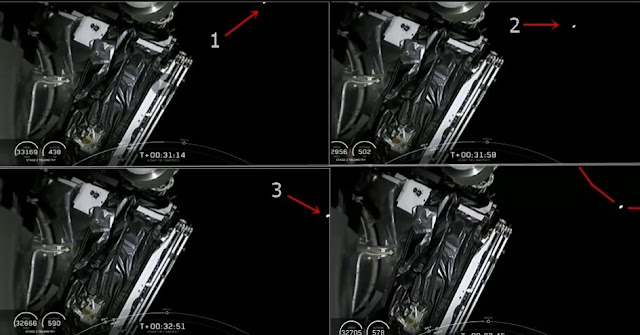 This video highlights the unusually change of speed and direction of one bright anomaly coming from top to right of the screen.

The anomaly seems to appear in the distance and fly right by the rocket and satellite in an arch motion.

Even if the change of direction could be explained away by saying the spacecraft rotated, thus objects on the ground appear to change direction. It doesn't explain the change of speed. The rotation of the Earth is going to be the same speed.