Something has escaped from a secret underground base in Antarctica?

The image of 2005 clearly shows that something from inside the cave has pushed with an enormous force resulting in the huge opening of 75 x 75 meters.

The image of 2007 not only shows some sort of trail coming from the cave leading to the ocean but it also shows a weird anomaly of about 14 meters width floating in the ocean just in front of the cave. 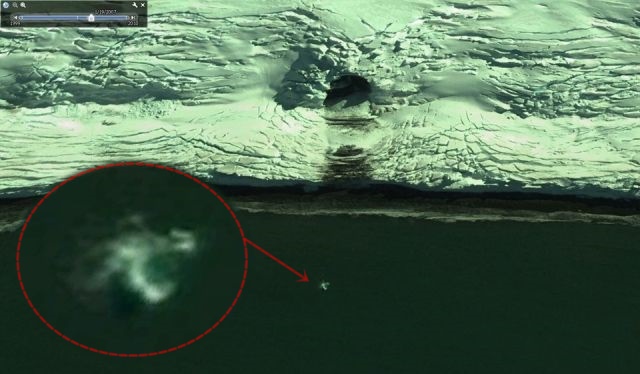 The image of 2019 shows that everything is covered with snow and ice again. 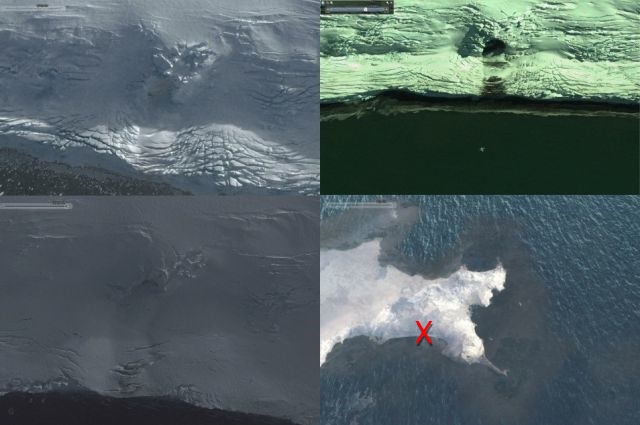 We know that Antarctica has many secrets related to the UFO and aliens phenomena, could it be that the massive hole leads to a secret base built into a giant ice-cave and something broke out?