These markings are clearly features of some sort of an ancient hexagon structure, which probably is the dome of a larger structure of building buried beneath the ice sheet and probably part of an underground ancient city. The dome is about 45 meters in diameter with visible walls of 8 meters high. 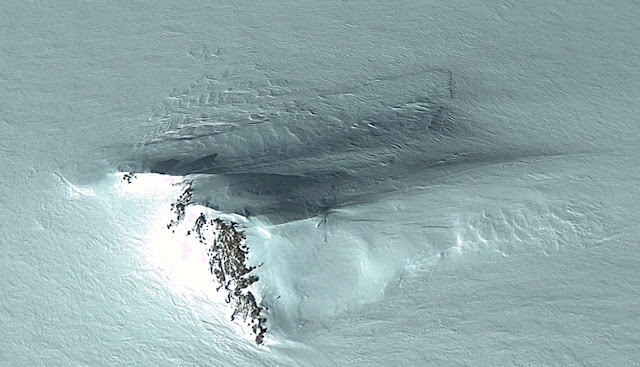 There are many artificial objects, structures and figures around the dome, a possible man-made entrance to the underground city and what looks like a military base or port in front of the dome, suggesting that the military and scientists already know this location which could mean that they are secretly exploring the underground city. 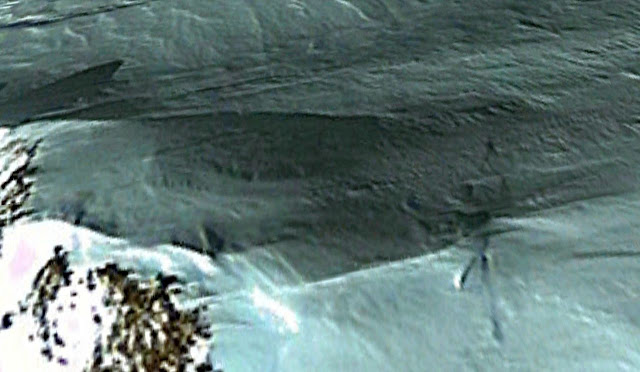 A quote taken from the book 'The Lost City of Antarctica, Civilizations of the Ancient World' reads as follows:

Satellite imaging shows evidence for the remains of an extensive Paleocene civilization existing under the ice of Antarctica, including “intelligently-made structures.

Also examines the ice-core derived, isotopic record from the Paleogene and Neogene geologic periods indicating that the infrastructure of an advanced civilization existed on the Antarctic continent approximately 55.5 million years ago, and may have been inhabited for 300,000 or more years.

Could the image of a dome leading to a possible underground city be proof that an advanced civilization or extraterrestrial race existed on the Antarctic continent millions of years ago?