Monday, March 09, 2020
Many people are convinced that UFOs piloted by aliens are real but there are also unidentified flying objects equipped with advanced propulsion technology which belong to the military.

Most of these military UFOs are still secret. Now on March 9, 2020 a visitor to the Grand Canyon in Arizona has taken a photo of an object traveling extremely fast suggesting that this craft could be such a secret military UFO. 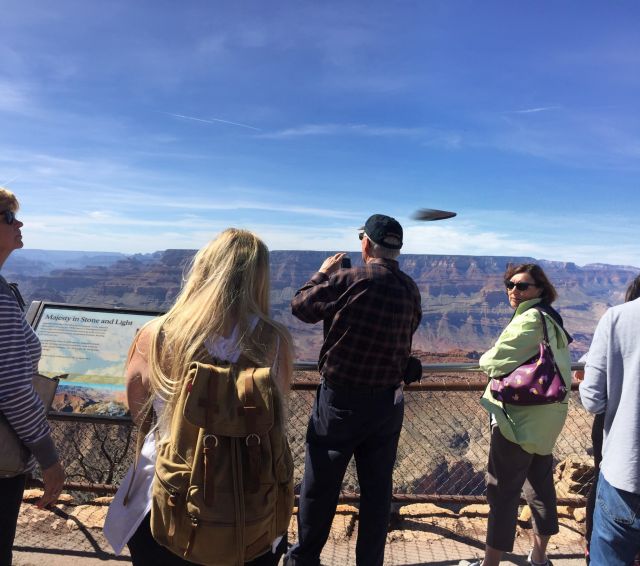 The UFO was not visible when the photo was taken and there was no sound. After viewing the photo the UFO showed up.

Could it be that the photographer, who has uploaded the image to Mutual UFO Network (MUFON), has accidentally photographed such a secret man-made craft?
2020 mufon north america secret technology UFO