April 26, 2020
It seems the Aysén region in Chile is a UFO hotspot. According to The Journal Of Hispanic UFOlogy, Ysaac Wichmann, a mountaineer with a good knowledge of the area in the Aysén region, Chile said that the UFO phenomena have always been visible in this region, in the mountain ranges or at sea, on islands, canals or archipelagos, and particularly in unpopulated, isolated, distant and hard-to-reach locations. 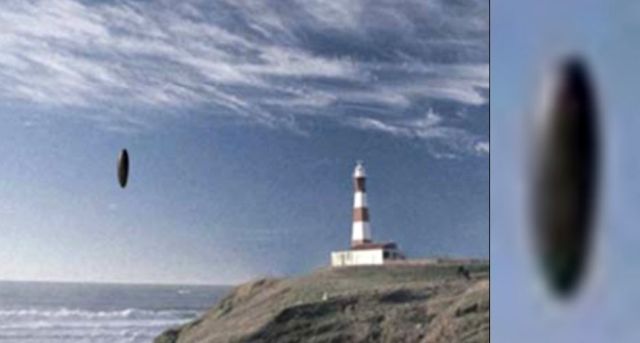 A member of his family who served years ago in the Chilean navy witnessed this phenomenon while approaching a small island in the Aysén region in a Navy ship. Their mission was to work on a lighthouse to provide orientation and navigation assistance to those transiting along those waters.

In another case two black objects can be seen floating at a distance over the surface of General Carrera Lake in Aysén, Chile.

According to witnesses, who were aboard a boat during the observation on June 23, 2019, the objects appeared to hover over the water, sometimes appearing and disappearing mysteriously.

Another small grey spherical object also appeared out of nowhere beside these dark objects, along with an orb of light that appears to fly over the lake. Some claim the objects are buoys; however, buoys do not fly, disappear and reappear.