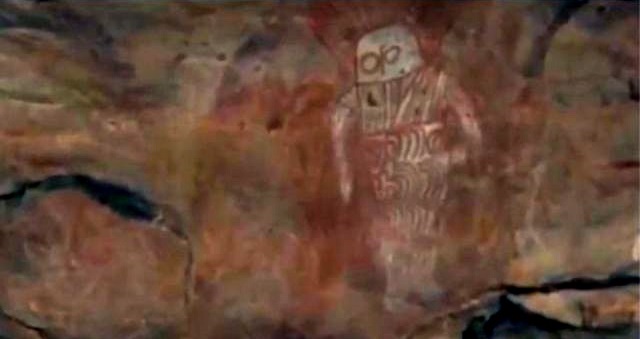 The unusual sizes and shapes of these motifs raise questions about the types of material used for the stencil templates.
What stands out is a strange human-like figure, a huge face next to the human-like figure and an alien face at the bottom left of the image.

Image left: Alien Face - Image center: Human-like figure - Image right: Face.
Drawing on ethnographic data and experimental archaeology, the authors argue that the motifs were created with a previously undocumented stenciling technique using miniature models sculpted from beeswax.
The results suggest that beeswax and other malleable and adhesive resins may have played a more significant role in creating stenciled motifs than previously thought.
The report published by cambridge.org does not describe who made these figures but it seems like the creators have been in contact with an alien race.