May 08, 2020
A huge ‘apocalyptic’ sandstorm swept over Niger capital Niamey on May 4, 2020 and was captured on film. The large plumes of dust appear to be hundreds of metres high as they engulf the city. 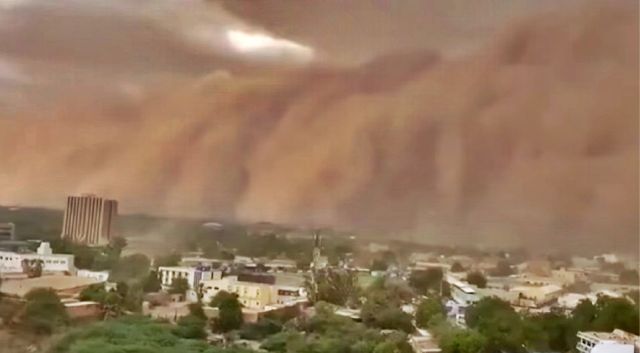 It lasted a few minutes, bringing a red darkness in mid-afternoon, and caused air traffic to stop temporarily.

Sandstorms are common across west Africa during the dry season which usually lasts from January to April. They sweep Saharan sand through Niger and neighbouring countries, out towards the Atlantic Ocean.