The Air Force Said This Object Was The Moon. Was It?

May 11, 2020
Before Project Blue Book came Project Grudge, an Air Force project its director later admitted was to debunk the UFO phenomenon. One file buried in the Grudge data concerns a cylindrical object photographed above Manhattan in 1950 — by one of New York City's most prestigious photographers (now featured in the Library of Congress). 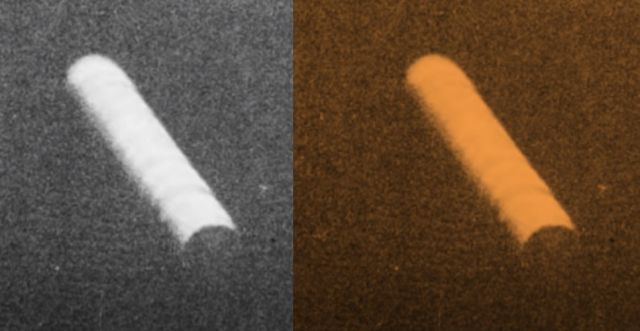 The photographer, Irving Underhill, was adamant what was in the photo was an object, that wasn't there before or after it was shot.
The Air Force, though, had other ideas. They believed he misidentified the Moon, and forgot he was taking a time-lapse image.
In this video, we'll explore that hypothesis, and show its many issues, including the USAF's statement that the photo happened during sunset (the only time the Moon was in that part of the sky). Underhill's photo, taken at night, was used for a postcard titled "Night Lights from Queensboro Bridge."
In isolation, this may not be a big deal. But the early 1950s were full of cylindrical UFO sightings, including several made by trained observers noting cylinders traveling — strangely — through the air in an upright position or at an angle. We'll discuss all of this in today's episode.
0:00 Intro to 1950 object over Manhattan
0:59 Project Grudge
1:57 Debunking the debunker
6:34 Early 1950s cylinder UFO sightings
8:42 The 1967 Newburgh, NY incident
9:44 Edward J. Ruppelt was right, and conclusion