May 21, 2020
An alleged UFO, which would have crash landed in the city of Magé, in Rio de Janeiro on May 12, 2020 receiving coverage in local Brazilian media and became a trending topic on social media, but there are no official records from local authorities and the Air Force about any such incident. 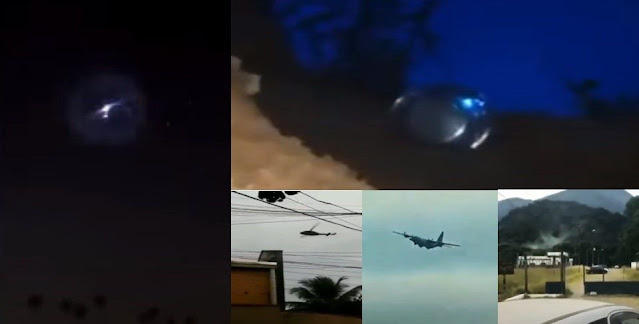 Many people stated that it crashed near the territory of IMBEL (Indústria de Material Bélico do Brasil = Brazilian Military Material Industry) on which then gun shots and explosions have been heard which is very unusual.
A woman was there at the entrance of IMBEL and saw people (maybe workers) from IMBEL leaving the place and asked them about the UFO event, one of them nodded his head saying "yes"
Some say it was shot down some say it crashed. It made a loud impact noise when it was downed. Helicopters and aircraft were seen a few moments later as well as military vehicles were in the area for 24 hours.
But is it true? There are good reasons to be very careful about this story.
The video below consists of several videos compiled by eyewitnesses. In the second video Richard Dolan analyzes the alleged UFO crash.