Alien Underwater Base in the Pacific Ocean?

This sound was present when the Pacific Marine Environmental Laboratory began recording its sound surveillance system SOSUS in August, 1991. It consists of a long train of narrow-band upsweeping sounds of several seconds in duration each. The source level is high enough to be recorded throughout the Pacific.
Upsweep may have been tracked to an undersea South Pacific mountain that was not previously identified as a "live" volcano, although this is still unconfirmed.
Now, next to the alleged location where the mysterious sound came from is a huge underwater structure and while of course it can just be a rock formation, it just doesn't look natural. 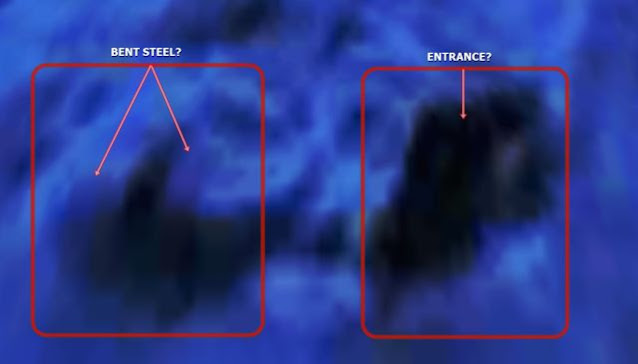