July 14, 2020
An ancient ruin has been discovered in Melas Mensa on Mars. The ruin appears to be in a state of decay. Seen are what looks like tiles/slabs and megalithic blocks. The structure which is 40 meters across and 20 meters width seems to have openings.

Another structures located in Nili Fossae on Mars appear to have features as the ancient ruin in Melas Mensa. They also seem to have openings as well as a huge pyramidal structure is situated directly next to one of the structured anomalies. 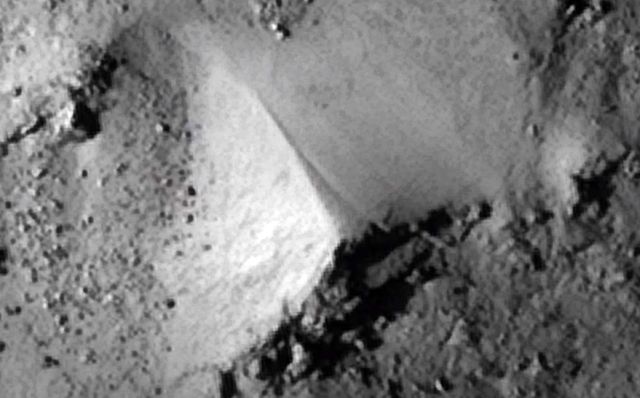 There are also megalithic blocks/slabs surrounding the pyramidal structure and a hole nearby has a circular, disc-shaped artifact sticking out of it. 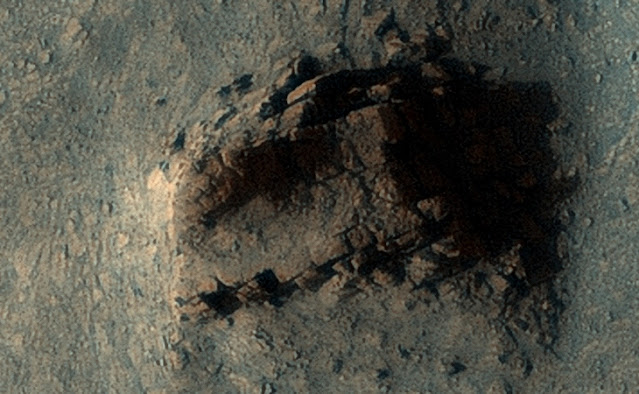 The structures discovered by Jean Ward are not only strong evidence that Mars was once inhabited by intelligent civilizations but it shows us also that all the structures/ruins appear scattered due to some catastrophe/disaster that hit the region in the past, possible caused by an interplanetary nuclear war which took place on Mars and wiped out any civilization on the planet.
Links NASA images:
Ruin 1 - https://www.uahirise.org/ESP_013930_1685
Ruin 2 - https://www.uahirise.org/PSP_001886_2050