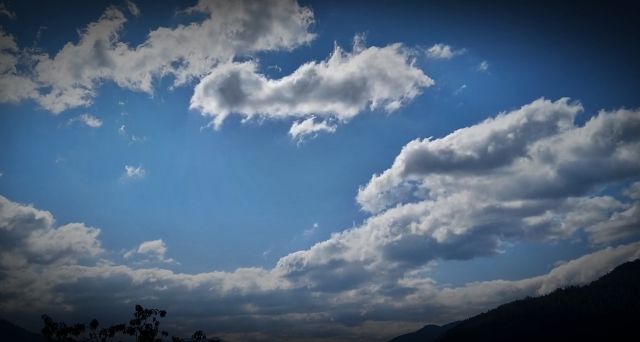 With the mysterious ongoing sound coming out of Weining, Guizhou in China, now, on June 25, 2020 a similar incident has occurred in central Austria in the Alps at around 1,200 meters above sea level, when Richard and his wife.heard incredible roars coming from the skies.
They heard the strange sounds, which were 100 times louder then a normal airplane noise, twice for about 6-8 minutes with a 5 minute break between. At first they thought there must be a huge airplane circling above the clouds, but they couldn't see any craft.
Even more interesting is the fact that Richards saw clouds being pushed downwards.which indicates that something was pressing downwards these cloud formations towards Earth, like a huge cloaked spaceship entering our atmosphere which would cause things like that.
Whatever it may have been it has to be at least 1 kilometre in size in order to move our atmosphere the way that it did and to produce the impression of sound moving in a circle around us, said Richard who contacted Linda Moulton Howe about the strange event.
Maybe Richard gave the answer to the strange roaring sound coming out of Weining, Guizhou in China?
See full report on the roaring sound in Austria at Earthfiles:
https://www.earthfiles.com/2020/07/04/mysterious-loud-jet-sounds-circling-over-austrian-mountaintop-but-nothing-visible-in-sky/