on September 18, 2020
Will a false flag asteroid attack be staged to delay the 2020 Presidential Election? 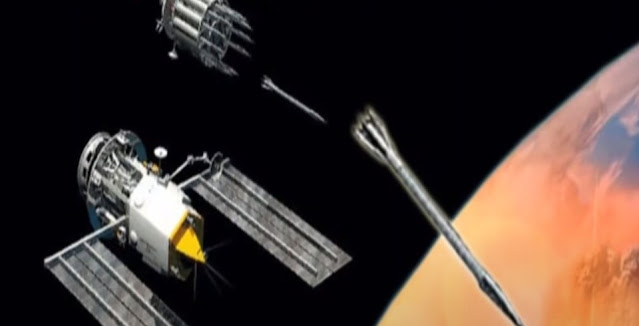 The first video from Michael Salla, Ph.D is a response to news that the US Congress is not going to pass the National Defense Authorization Act for 2021, which is necessary for Space Force to receive full funding for fiscal year 2021.
Michael Salla discusses General Ray Raymond's criticism over why a "Continuing Resolution" creates a funding problem for Space Force, which effectively will be blocked from monitoring all that is going on in space.
This is happening at a time when the Deep State is preparing false flag events using its space assets to impact the 2020 election.
All this suggests the Deep State is sabotaging Space Force via a Congressional maneuver to blind its monitoring and interception capabilities.
According to Michael Salla, on November 4, 2016, NASA, FEMA, the Department of Energy, Jet Propulsion Laboratory (JPL), U.S. Air Force, and the California Governor's Office of Emergency Services collaborated in a planning exercise simulating a destructive asteroid impact set for September, 2020.
The exercise planners envisaged that the asteroid, up to 800 feet (250 meters) in size, would hit somewhere along a narrow band across Southern California or just off the Pacific Coast.
The next video is an audio version of an article published on Exopolitics.org on August 31, 2020, and is narrated by the author Michael Salla, Ph.D.
asteroid False Flag false flag alien invasion illuminati secret space program