What if we could build a space megastructure like the Alderson Disk?

September 03, 2020
The Earth might not remain habitable forever. It could get engulfed by a massive solar flare, or become too hot due to climate change, or have all its life wiped out by one enormous asteroid. What if I told you we could outlive all these disasters? And that we could do that by building a space megastructure bigger than the Sun itself? 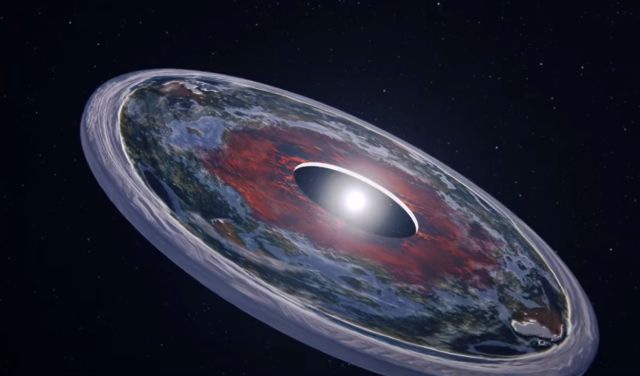 The Alderson disk is such a (hypothetical) artificial space megastructure, like the Dyson sphere, that might one day become humanity's home. The disk is a giant platter with a thickness of several thousand miles, but what would life be like on a structure like that?
The Sun rests in the hole at the center of the disk. The outer perimeter of an Alderson disk would be roughly equivalent to the orbit of Mars or Jupiter. According to the proposal, a sufficiently large disk would have a larger mass than its Sun.
The hole would be surrounded by a thousand-mile-high wall to prevent the atmosphere from drifting into the Sun. The outer rim would take care of itself.
The mechanical stresses within the disc would be far beyond what any known material can stand, thus relegating such a structure to the realm of exploratory engineering until materials and construction science become sufficiently advanced.
Building a megastructure of this magnitude would require an amount of material that far surpasses the amount of material found in the Solar System.
Life could exist on either side of the disk, though close to the Sun the heat would make life impossible without protection. Conversely, farther away from the Sun living beings would freeze. Therefore, for the entirety of such a structure to be made habitable, it would have to include a vast number of life support systems. Even without such systems the habitable surface area would be an equivalent of tens of millions of Earths.
Because the Sun remains stationary, there is no day/night cycle, only a perpetual twilight. This could be solved by forcing the Sun to bob up and down within the disk, lighting first one side then the other.