Evidence of Alien Spacecraft Firing Huge Beam at The Sun 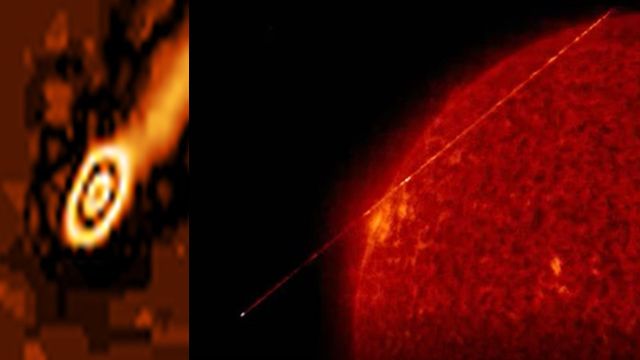 The remarkable event took place on November 1, 2020 and evidence that these kind of alien spacecraft not only flying extremely close to the sun, but they fire huge beams at the sun too.
Even though the reason is not known, it is said that intelligent aliens might survive by collecting, storing and harnessing the power of the sun.
Source:
https://soho.nascom.nasa.gov/data/Theater/
SOHO Movie Theater
Image EIT304 - Resolution 512
Date: 2020-11-01 Time 01.19
aliens UFO ufo sun ufo videos 2020