November 19, 2020
A thermal/IR camera picked up a huge glowing orb while it hovered for short periods and then moved around as if inspected something. 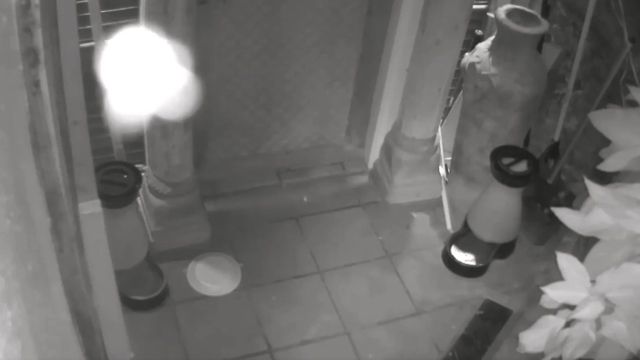 The homeowner has three security cameras on the front entrance, two regular HD IR and one that has a thermal/IR motion detector and only the thermal/IR camera picked up the image on April 20, 2020.
The orb, which seems to change in size several times, was not visible in the other cameras or to the human eye. Even his wife went outside to see what it was but she was not able to see it. However when she went back to the monitors and played the video back of her going outside, the object was visible.
The Orb phenomenon is still a mystery. Some people think that such an orb is a spirit or lingering energy from deceased entities and other people say it’s just a speck of dust reflecting light or a camera artifact.
Orbs seem to be doorways but has yet to be proved that this is a spirit or an interdimensional being or intelligence, but it does seem that there is a conscious mind behind the orbs and it seems that these kind of energy balls travel via energy lines.
About the mysterious appearance at the front entrance of the owner's house in St. Thomas, Virgin Islands, it remained there until just before dawn and then disappeared.
Source: Mufon. https://mufoncms.com/cgi-bin/report_handler.pl?req=view_long_desc&id=112331