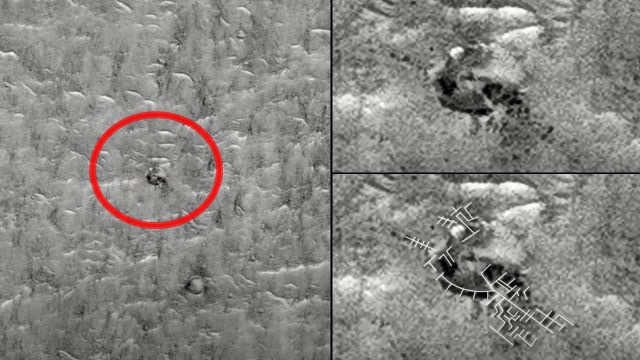 The photograph analyzed by Jean Ward shows a strange anomaly that looks like a derelict structure partially buried in sand.
It consists of what appears to be a large ring supported by beams and a long bridging part extends from the middle outward with smaller "L"-shaped parts branching off.
It reminds me of modern/futuristic transport/transit hubs found here on Earth. It may be that this spot was indeed a hub used by Martians before the planet was destroyed by a nuclear catastrophe in the distant past?