January 05, 2021
While imaging M-42 the great Nebula in the sword of Orion, Dennis Recia noticed a number of what he suspects are Starlink Satellites going through all of his exposures. 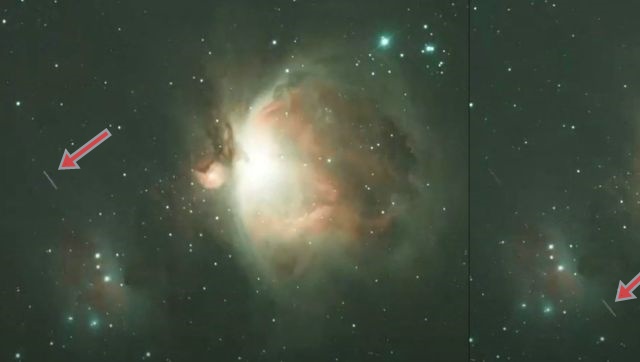 Although Dennis suggests that it was a train of Starlink satellites he is not sure since he also wonders whether it might have been a UFO.
It is not the first time that such large objects have been observed near Orion Nebula, so it is quite possible that this object was an interstellar craft rather than Starlink satellites which fly in low orbit.