February 22, 2021
Zooming in on the first underwater structure then it looks like a gigantic bridge with a length of 38 km. It looks like as if there is some sort of passage under the bridge leading to a square structure behind the bridge. 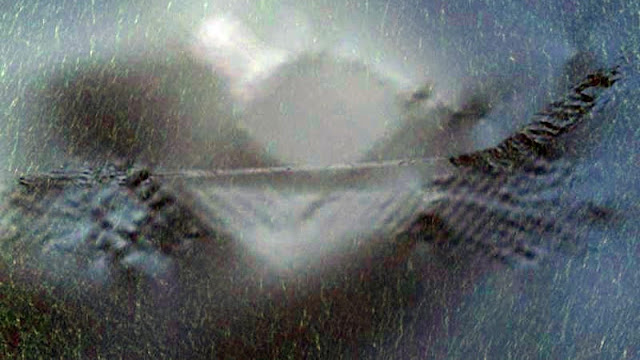 A possible road connects the bridge to Discovery tablemount which is part of a chain seamonts, called Discovery Seamonts. The seamounts formed between 41 and 35 million years ago and once rose above sea level.
Assuming that these structures are a bridge and a road and were built in ancient times, at a time the Discovery Seamounts once rose above sea level than who built it millions of years ago?
Another strange structure can be found next to Bouvet Island which is an uninhabited subantarctic volcanic island. The size of the zigzag structure is enormous and covers an area of about 255 km x 136 km.
It is remarkable that the lines in the zigzag structure all have the same dimensions It almost looks like an enormous electrical conductor.
Coordinates: Bridge: 43°21'8.50"S 0°51'12.19"W
Zigzag structure: 51°28'16.59"S 6° 5'12.12"W