February 10, 2021
On February 6, 2021 construction workers leaving after lunch at 13 o'clock from the cabins to the construction site, on the island behind the stadium in Yalla, Kaliningrad, Russia noticed an object hovering in the sky. 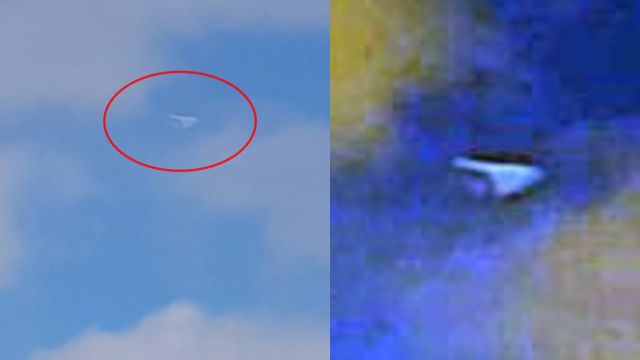 The object that looks like an oddly shaped cloud moves slowly until it disappears into a cloud formation.
It appears, after further analysis of the object that it is a UFO disguised as cloud. The dark cylindrical UFO can be seen partially sticking out on top of the cloud.
It is a known fact that some UFOs, which are likely scouting probes, are hiding by creating a cloud around them and while the reason is unknown, it is assumed that these probes cloak themselves in order to observe a particular area without being seen.