Large ship floating in the sky - A glitch in reality?

March 06, 2021
David Morris and his son walking along a beach near Gillan in England when they noticed a huge ship apparently floating in the sky. Although they were stunned to see the strange phenomenon, they say that they had seen this phenomenon before. 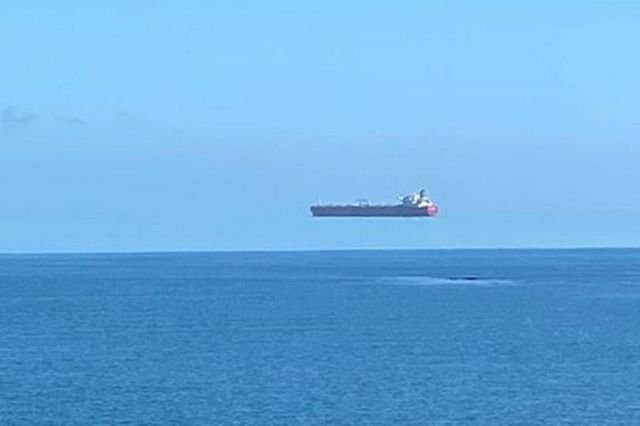 Credit image: David Morris.
It turns out they witnessed a so-called superior mirage, an optical illusion which occurs because of the weather condition known as a temperature inversion.
Although most of these phenomena are optical illusions, not all of these appearances can be explained. Apparitions or similar events that cannot be explained are often interpreted as a "holographic" display from a parallel universe or glitches in reality.
Glitches in reality, might just be some of the weirdest phenomenon occurring today. Also known as 'glitches in the matrix,' these unusual events help provide evidence to the theory that our existence may be nothing more than part of a computer simulation, a simulated reality that keeps humanity unaware that intelligent machines have actually taken over the world. In other words, the plot of the movie The Matrix is our reality.