Sailors witnessed mysterious light in the sky over the Indian Ocean

on March 15, 2021
Crew member Shomuddro Bilas who witnessed the strange appearance in the sky states: 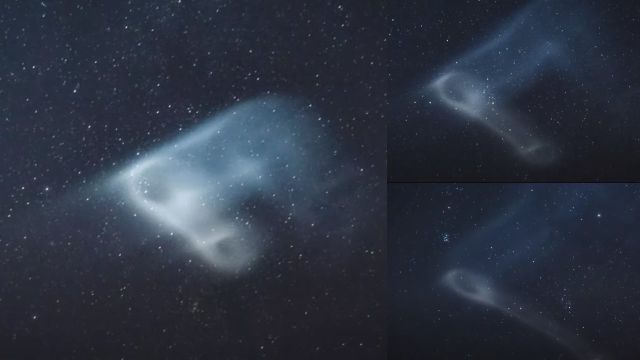 On March 12, 2021, while our ship was in Indian ocean sailing towards Bangladesh, we saw a mysterious light show on the night sky for 20 minutes around 08.00 pm.
Our 3rd mate called me and told me about it and to bring my camera to photograph the moment. I went to bridge a minute later. There were also other people on the bridge including our Captain and Chief Engineer.
We all saw the same thing. The Captain was the first one who noticed the light. I saw it 2-3 minutes later as the 1st picture on the video. Our captain said, initially when he saw it, it was more smaller and much brighter.
I started to capture a time-lapse with 1s exposure and 1 second interval and record 400 photos as you can see it was glowing and expanding in the time-lapse, easily visible in naked eye at night.
After the light disappeared, I took a photo of our ship's position (Latitude, Longitude, UTC time). We discussed about it, but nobody was sure about what it was or never saw this kind of light before.
Can anyone explain it?
cloaked ufo mystery sky phenomena strange clouds unexplained