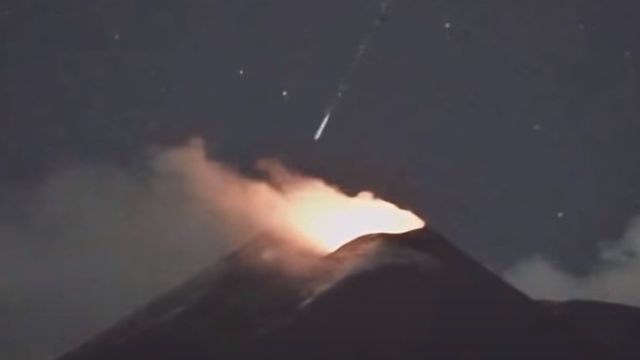 It would not be the first time that a UFO flies into a volcano, as happened in Mexico before, but this time, instead of a UFO, it is a meteorite passing the volcano in Italy.