Massive spacecraft caught by two NASA satellites near the sun 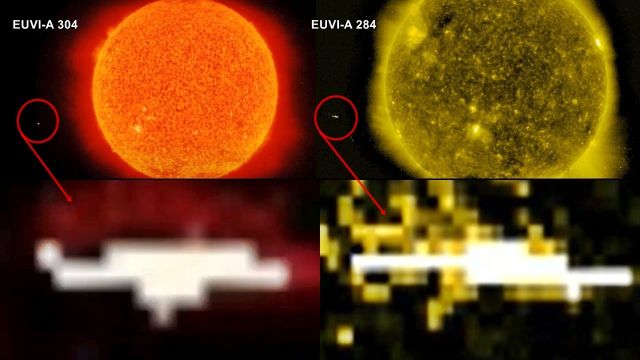 Seen from different angles as captured by the two satellites there is No doubt that it is the same spacecraft.
space anomalies UFO ufo sun ufo videos 2021