Mysterious Object shooting out of the Sun 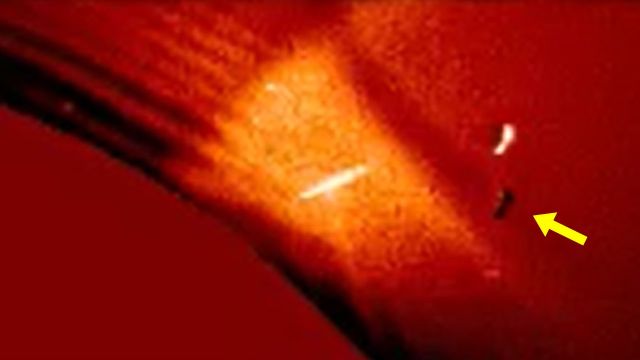 The unknown object appears to have been ejected by the solar flare. What could it be?