on May 19, 2021
Retired Navy officers have issued a chilling warning that UFO sightings - which have repeatedly violated US airspace - possess technology that is up to 1,000 years ahead of that used by the United States, reports dailymail. 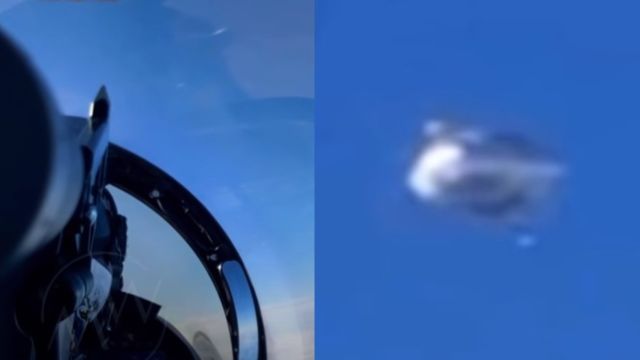 60 Minutes: Bill Whitaker reports on the regular sightings of unidentified aerial phenomena, or UAP, that have spurred a report due to Congress next month.
CBS Sunday Morning: Our fascination with aliens has also led us to speculate about unidentified flying objects – unexplained airborne phenomena – that might be of extraterrestrial origin.
Correspondent David Pogue reports on how, as the scientific community continues to question the legitimacy of possible alien visitations, the government's attention toward UFOs has become more serious.
CNBC Television: Gadi Schwartz joins 'The News with Shepard Smith' to report new videos from the U.S. military that raise questions about UFOs.
When it comes to UFOs, or what the Pentagon refers to as “unidentified aerial phenomena,” the United States has “a massive intelligence failure on its hands,” said Christopher Mellon, a former deputy assistant secretary of defense for intelligence.
“It’s extremely disturbing to think that, after spending hundreds of billions of dollars for so many years, and believing our airspace to be secure, in fact, we’ve had vehicles operating restricted military airspace with impunity on a recurring and sustained basis for many years,” said Mellon, who served under Presidents Bill Clinton and George W. Bush.
The Pentagon declassified three videos taken by U.S. Navy pilots last April which show unidentified objects flying at high speeds in the Earth’s atmosphere along with audio of Navy pilots expressing shock and awe.
The U.S. Navy formalized a reporting process in 2019 for pilots to report incidents of UFO sightings, saying in a statement that there have been “a number of reports of unauthorized and/or unidentified aircraft entering various military-controlled ranges and designated airspace in recent years.”
Congress is set to be briefed on UFOs in June, but Mellon told CNBC’s “The News with Shepard Smith” that it is unlikely the classified information that will be shared with senators will be shared with the public.
That’s because details about strategic defense systems, like those used to prevent nuclear warfare, could be disclosed, and that would put U.S. safety at risk.
Mellon advised that an important next step for the federal government when it comes to unidentified aerial phenomena would be to “overcome our self-inflicted ignorance, and start collecting data.”
UAP UFO ufo disclosure