on July 11, 2021
A very strange event took place near the ISS on July 6, 2021, when the ISS live feed captured hundreds of unknown bright objects moving through space. 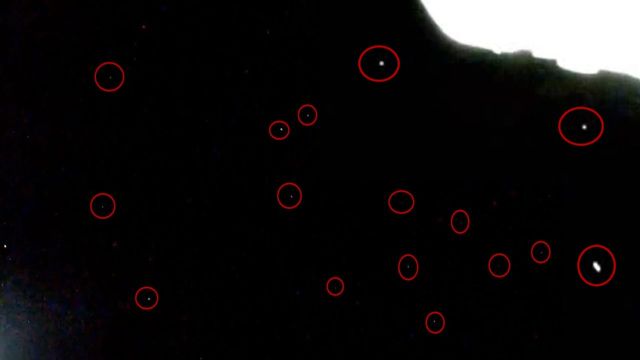 Although many of these unidentified flying objects come from different locations in space, they all follow a fixed trajectory and fly at different speeds, it seems most of them come from one location.
It doesn't look like space junk since these objects apparently follow a fixed route and debris from a meteor seems unlikely as the first meteor shower is a month away. From August 10 to August 13 Earth will pass through a stream of debris from giant comet Swift-Tuttle, source of the annual Perseid meteor shower.
ISS NASA space anomalies UFO ufo videos 2021